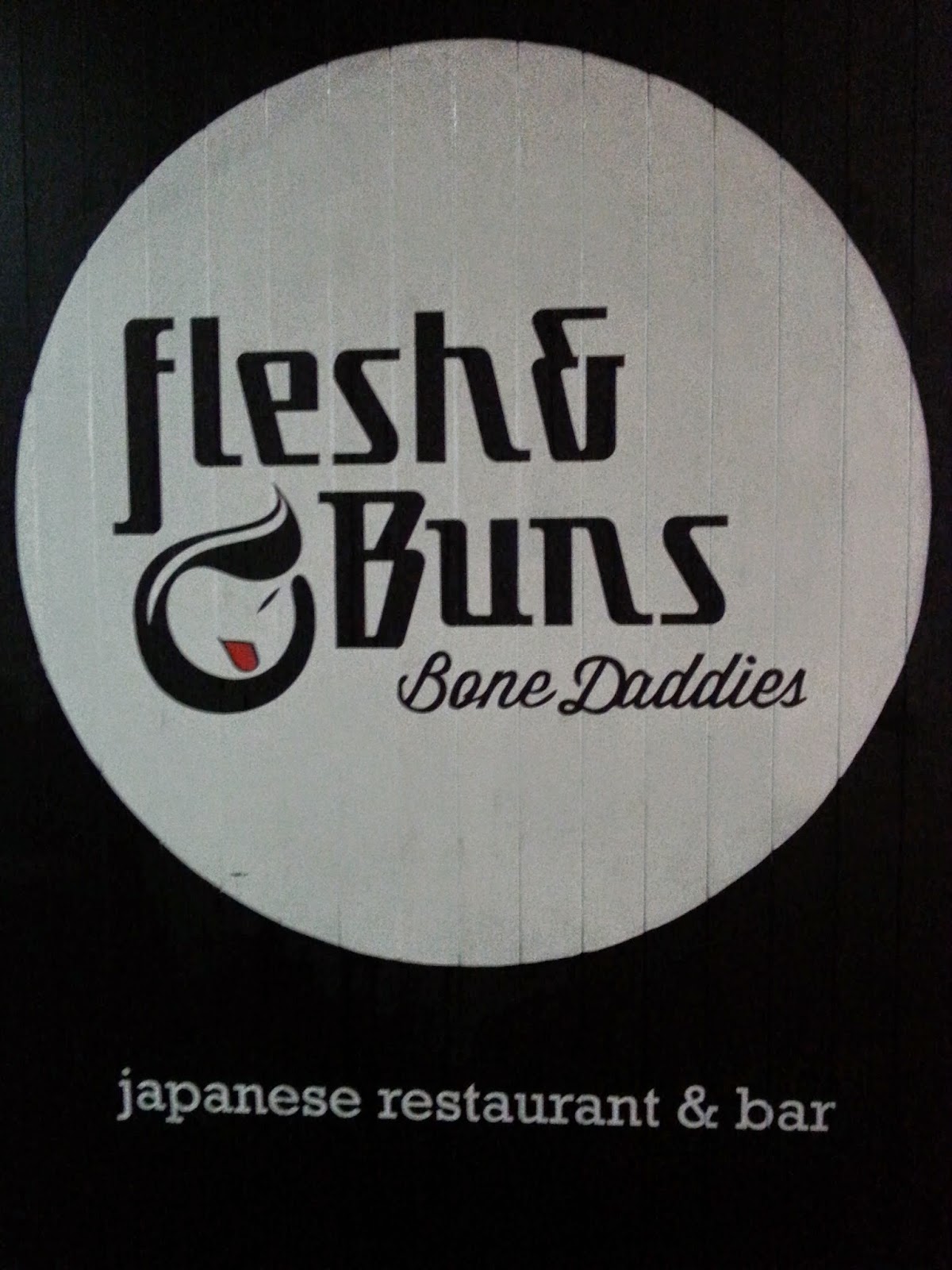 Flesh & Buns has always been a Restaurant I've wanted to try for the longest time now but, I've just never got round to going until now. I've been to Bone Daddies Ramen Bar on several occasions though and I was pleased with every visit (I will definitely do a separate post about Bone Daddies ramen bar) so when I heard they had another chain it was on my list of places to eat. 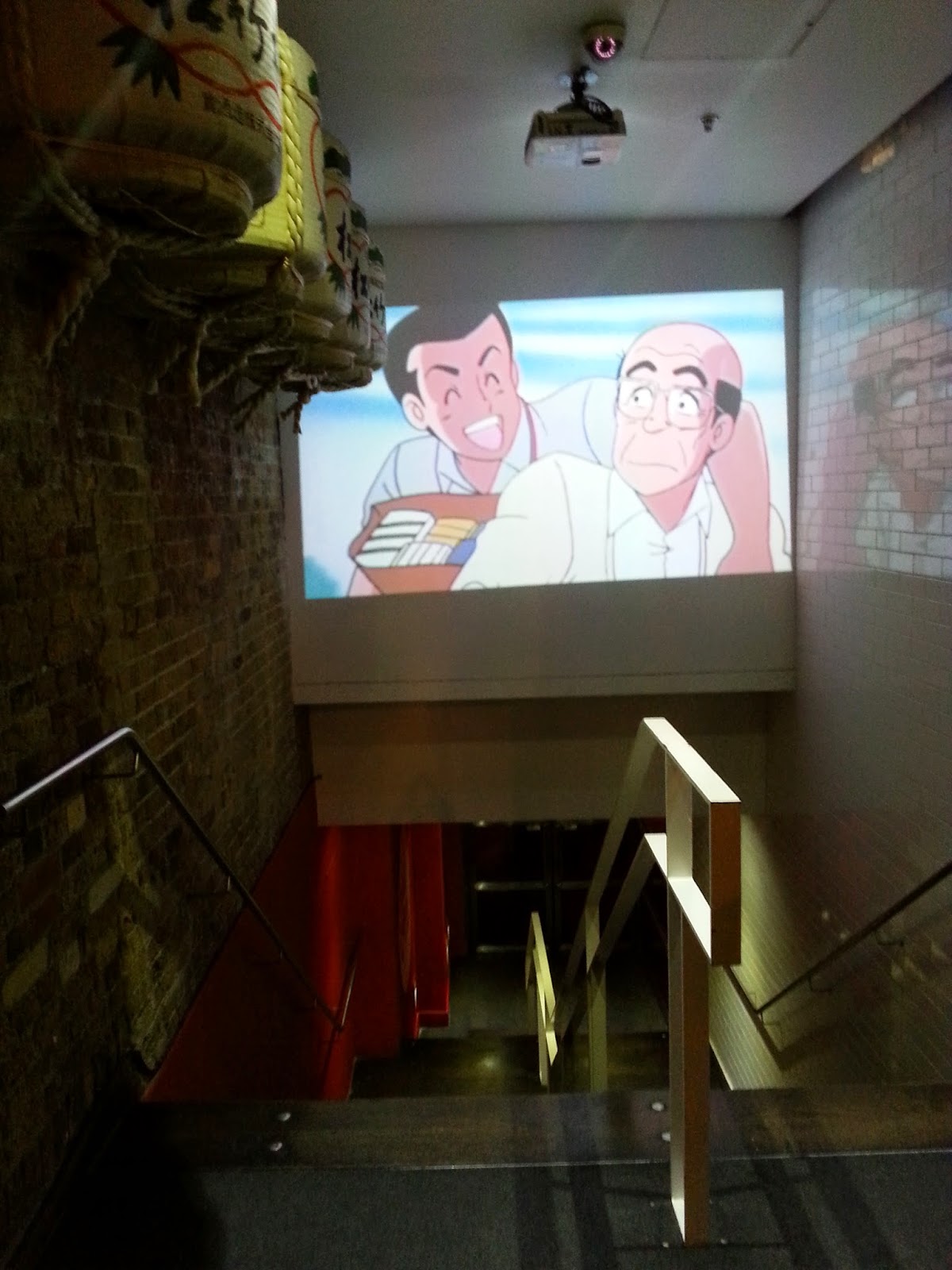 As you enter you are greeted by a projection which varied between anime and photos of food which made me hungry just looking at it, but as we went on a Thursday night after work and didn't pre book a table it was extremely busy so we had to wait at the bar until one was available so while we waited we ordered a few drinks. 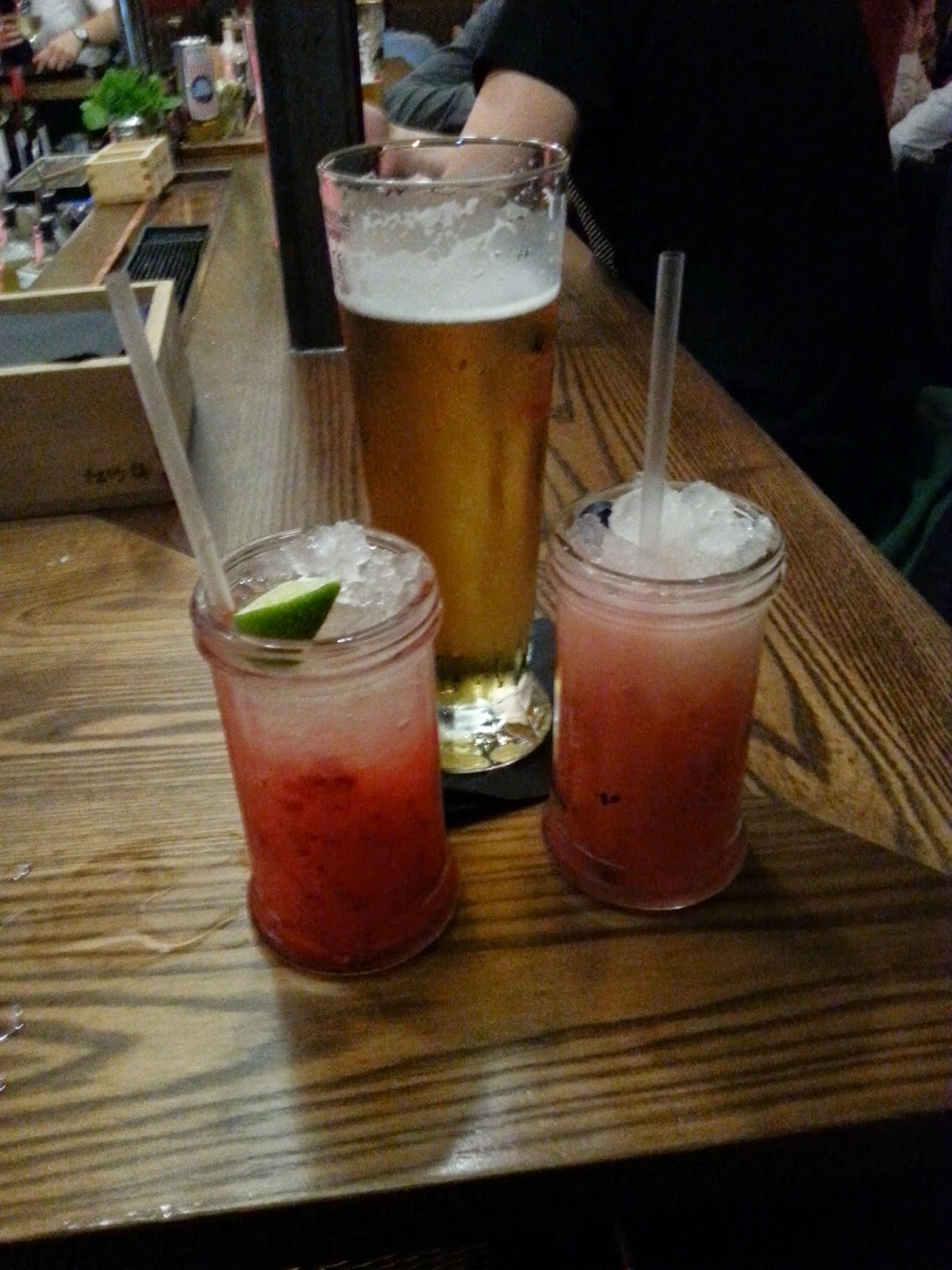 As I had work the following morning I opted for the blended fruit juice, I got the Raspberry e-MULe, Grace got the Sweet Symphony and my other half got an Asahi beer, after we ordered the blended juices, Grace and I sat there and drooled over the frozen margaritas wishing we ordered that instead. 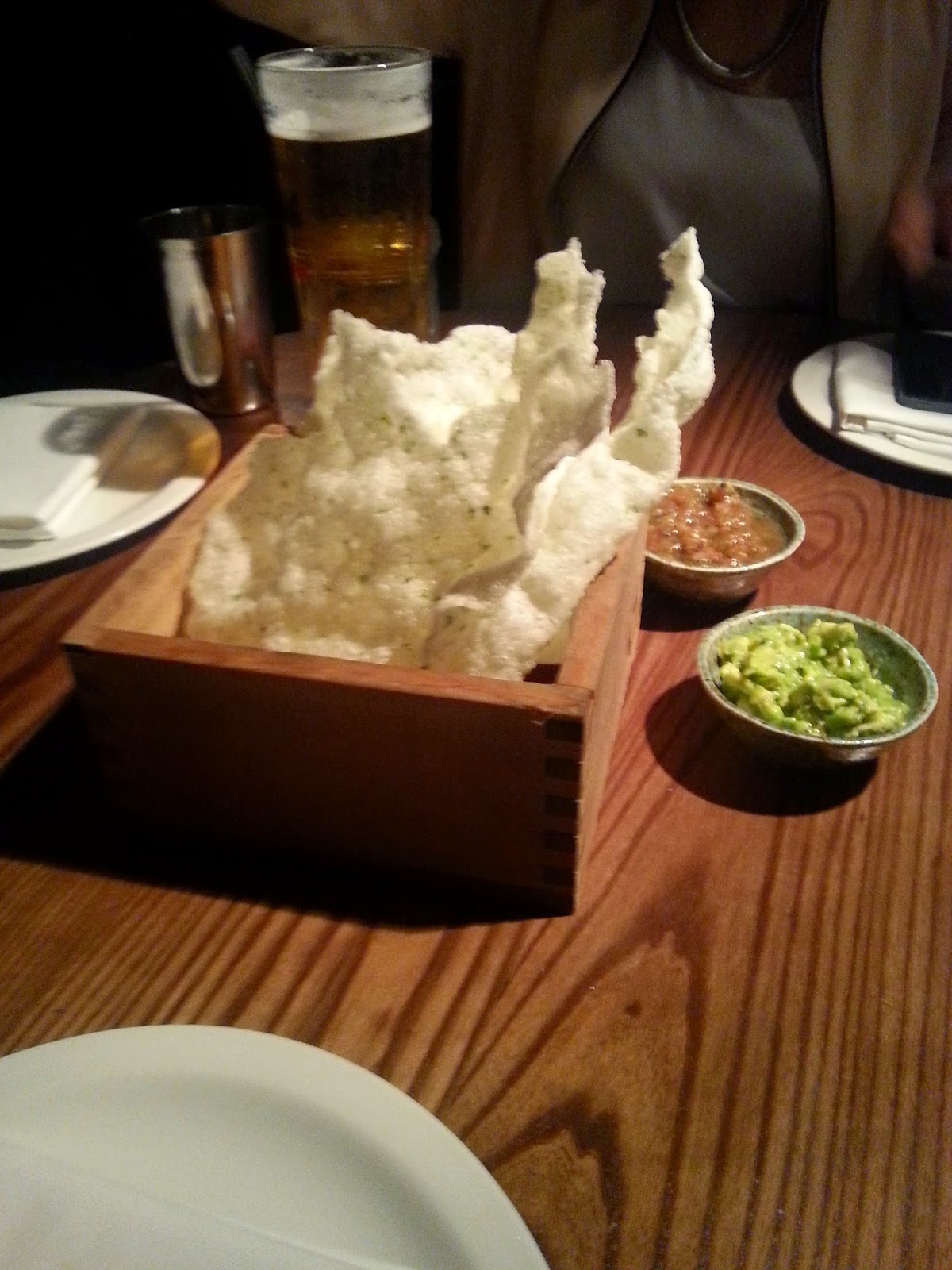 After getting a table and ordering mains, we decided to get some chips and dips to waist some time until the mains came. The Avocado shiso was amazing but then again I'm a fan of avocado and I can't get enough, the tomato jalapeño was pretty good too it wasn't as spicy as i expected but it still had the spicy aroma which I love. 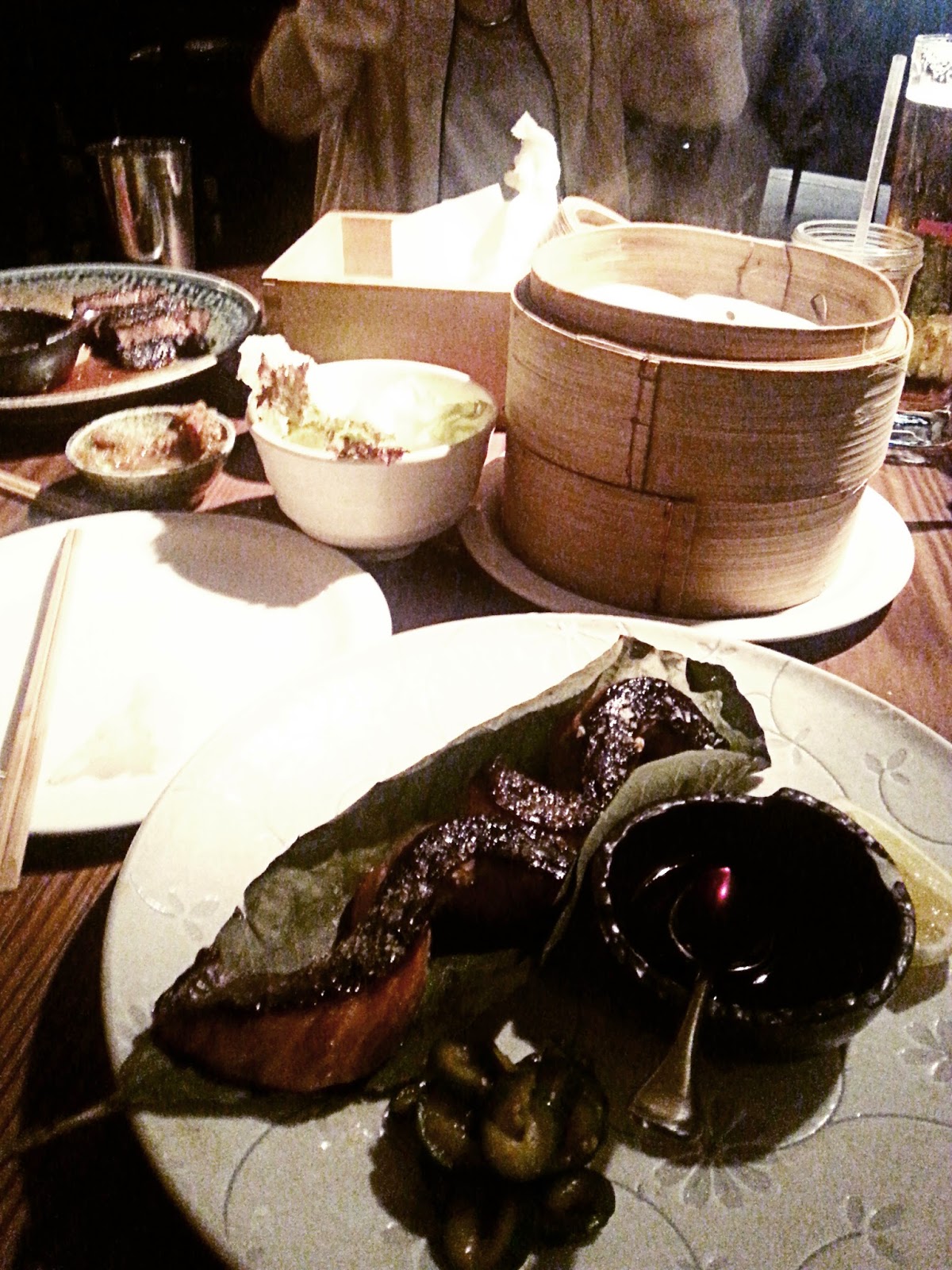 The mains came pretty soon after and we totally forgot about the chips and dips, who could blame us it looked amazing the little bowl of sharing salad was a little mean though if you ask me. I got the Salmon Teriyaki which came with pickled cucumbers and they recommended two buns per person which I got too. 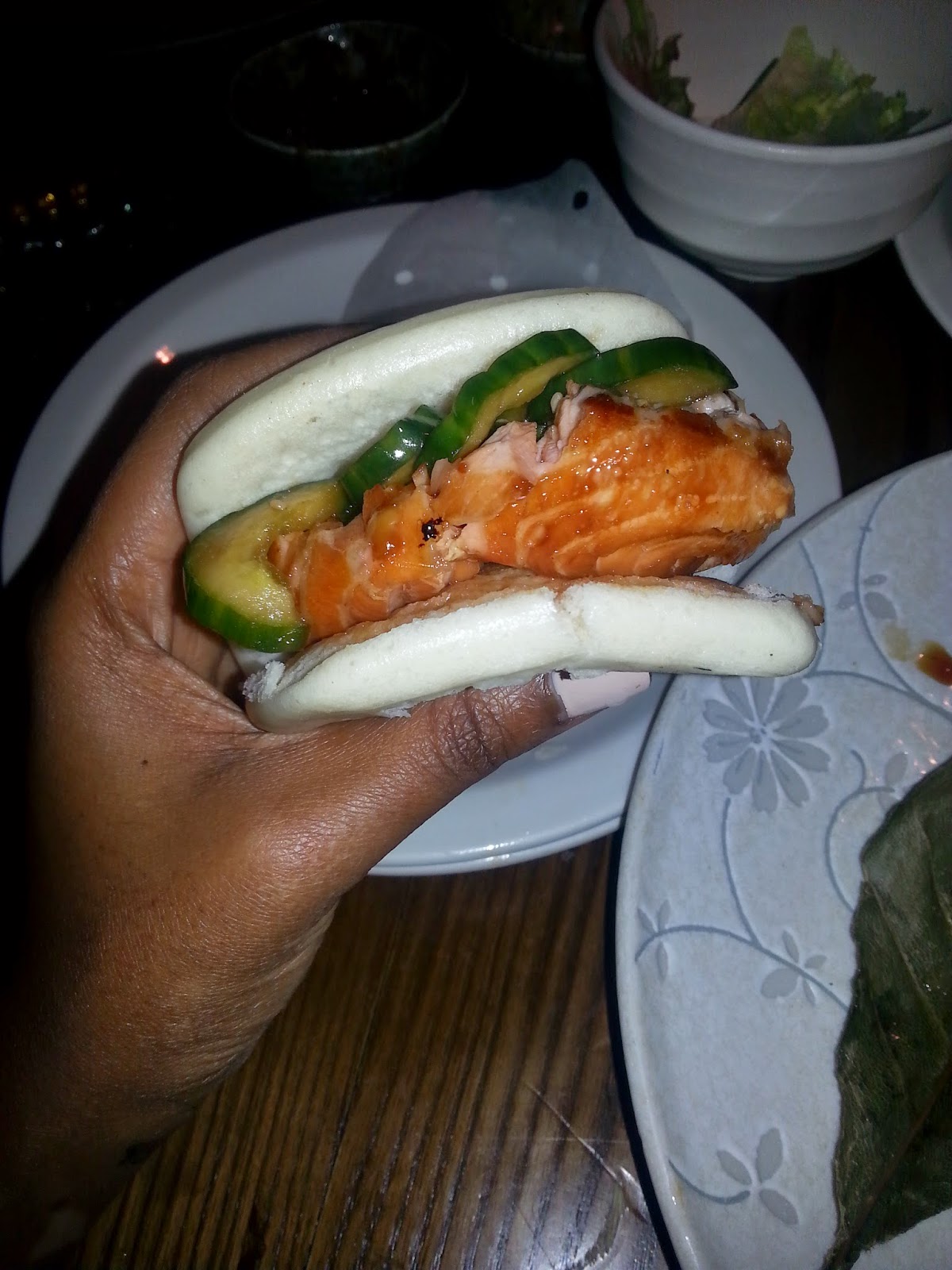 You were suppose to stuff your flesh into the buns and eat it like a little sandwich which was really good, and it tasted equally as good just having the Salmon on it own with the pickled cucumber and the teriyaki sauce. 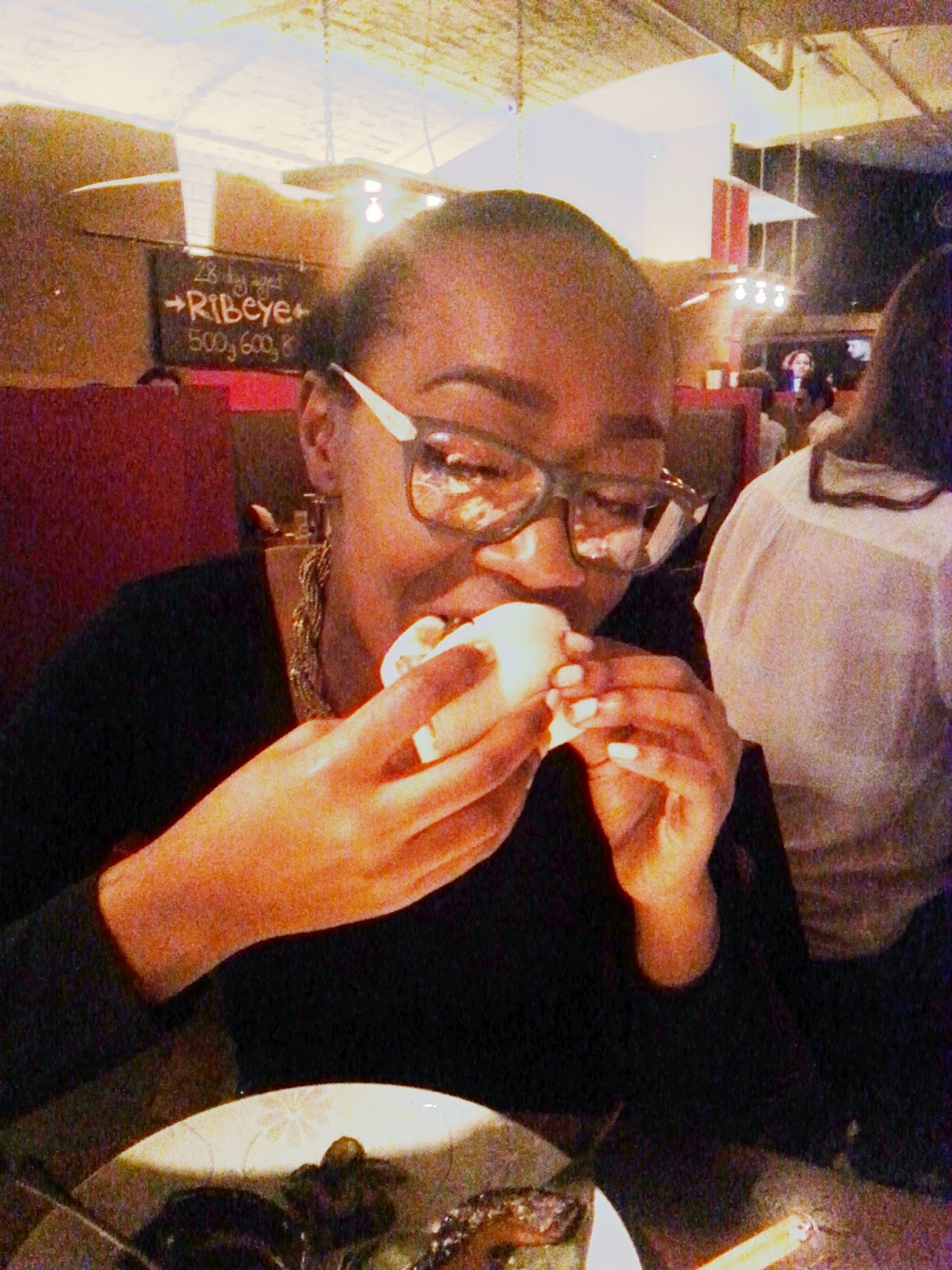 I was clearly enjoying it a little too much, but to be honest even though the food was really good it wasn't filling, I was still pretty hungry and was thinking about what else I could eat.
All the way through the meal I was thinking about dessert, for some time now I have known that Flesh & Buns do S'mores with green tea chocolate which comes with a mini fire bowl for you to toast your own marshmallow and I've wanted to try it forever so as soon as we were done eating I was ready for dessert, I've never tried a s'more so I was extremely excited. 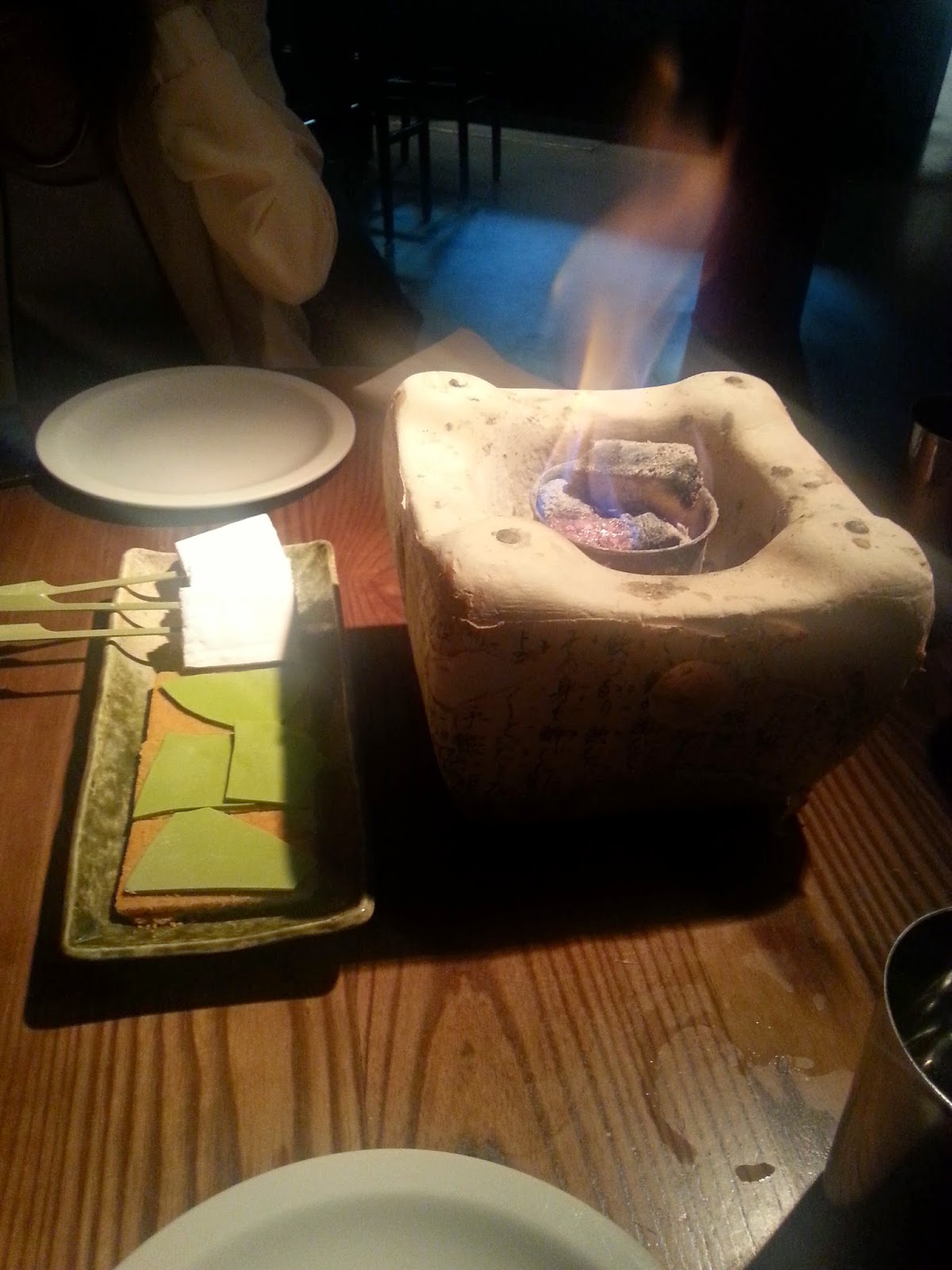 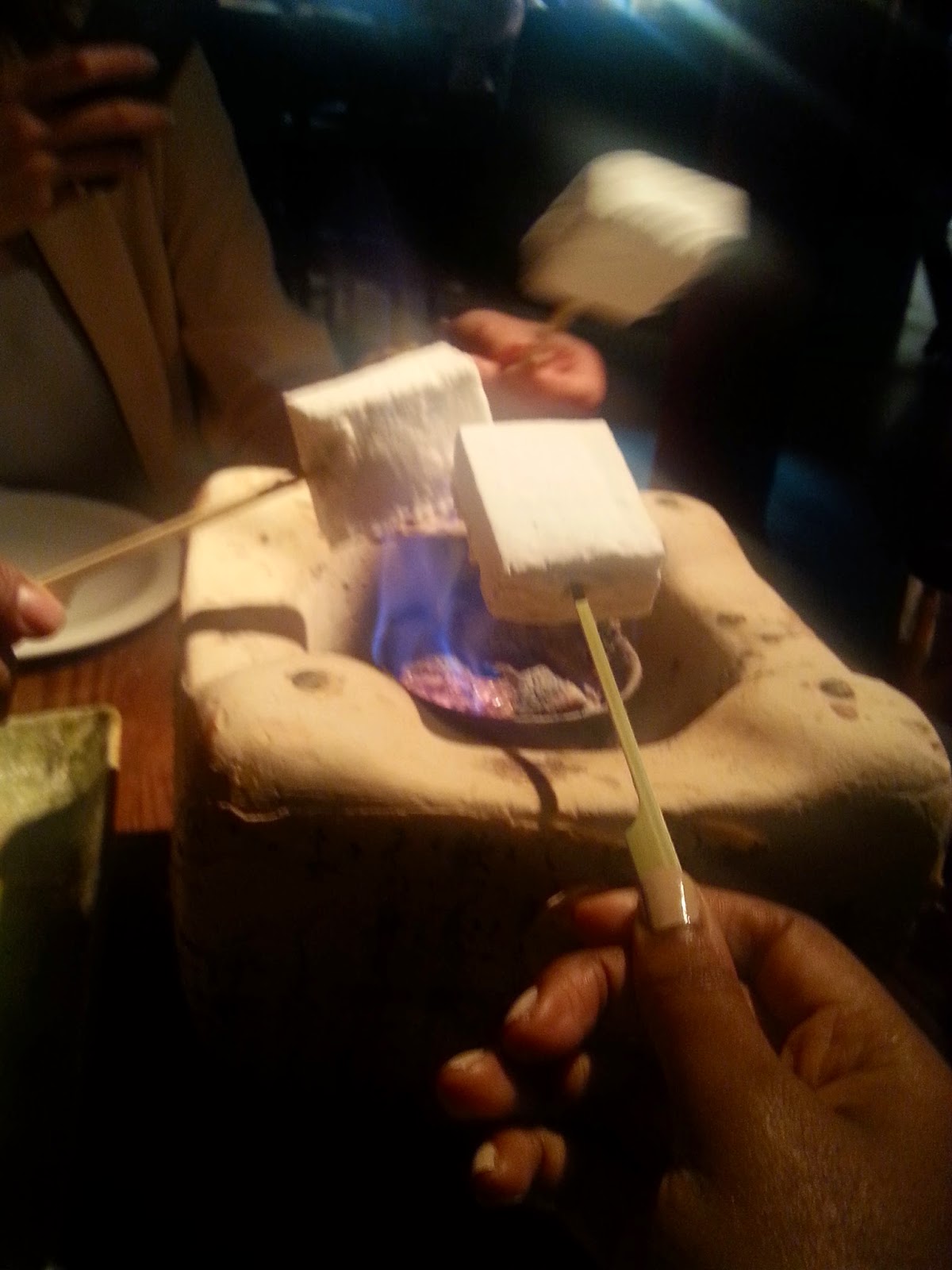 I was probably the happiest person in there toasting my marshmallow, I've toasted marshmallows before but never made s'mores for some wired reason. The s'mores was pretty darn good it was a sticky mess but i enjoyed every minute of it and wanted more when it was done. 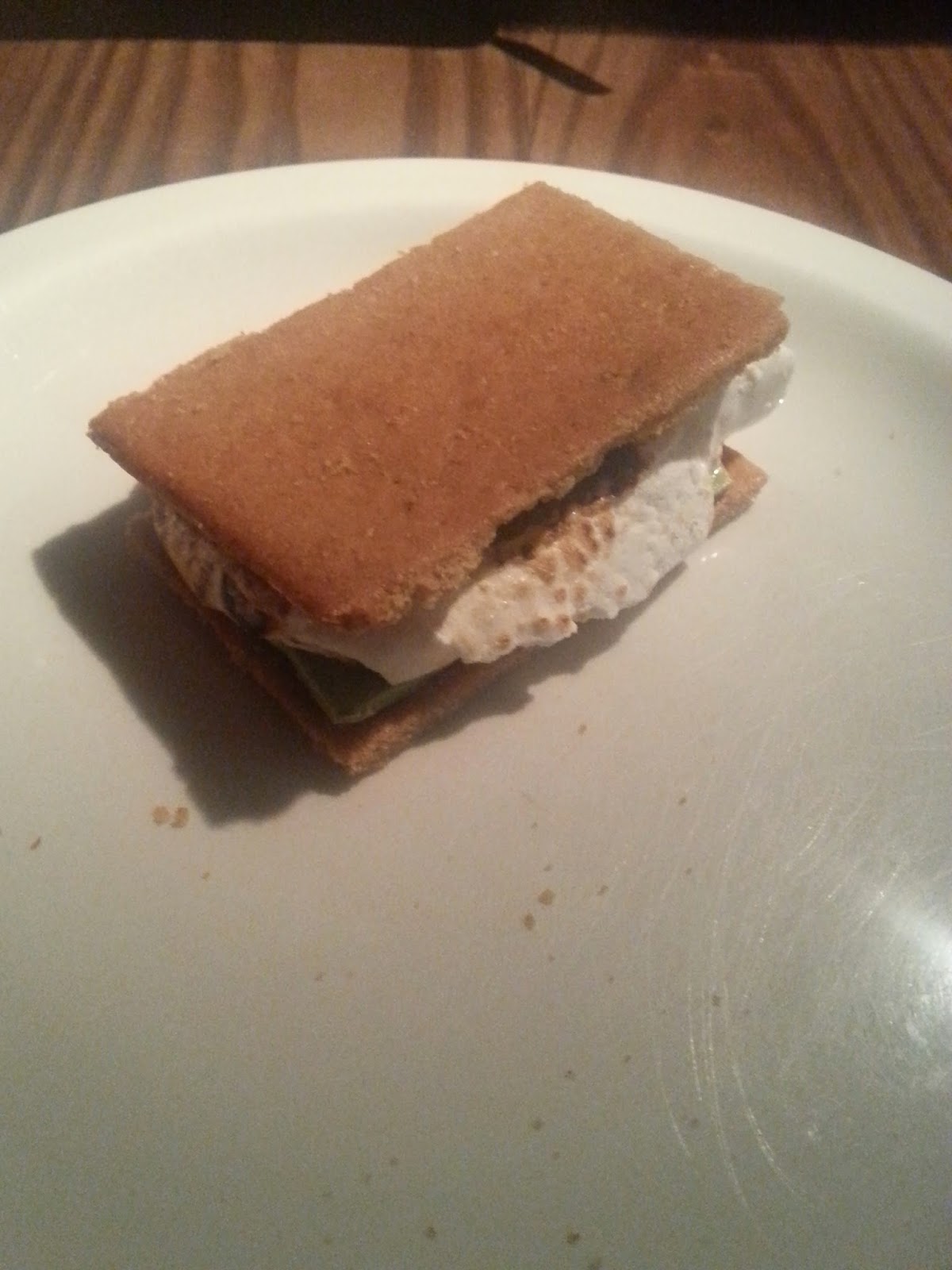 All in all my flesh & buns experience was memorable, mostly because of the S'mores lol, but the food was extremely tasty and flavourful aside from the fact that I was still slightly hungry afterwards. I'd probably revisit for drinks and dessert after having dinner somewhere else just because the S'mores were by far my favourite part of the whole meal.