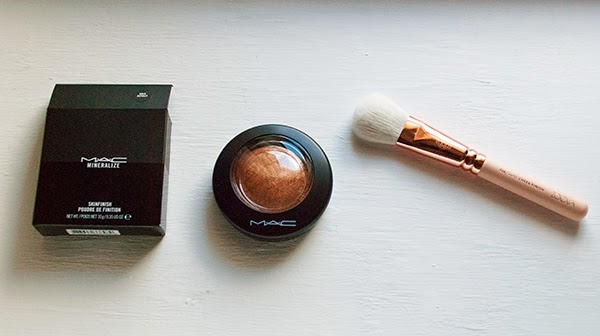 Hi Lovelies happy Monday! I'm uber excited it's officially Spring which means we are that much closer to Summer!!

With that being said I thought I would review this Mac highlighter I just got my hands on, i'm not generally one for highlighting my theory is if you contour, your cheekbones tend to pop and stand out on their own and visa versa (if you highlight, the areas you want to contour end up looking darker) but thats just me. 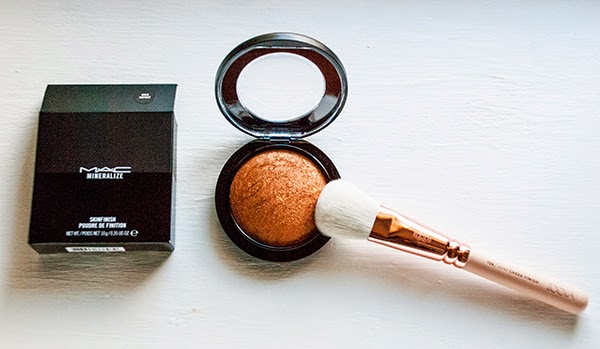 So in the past I'd just stick to using a bronzer and that got me through 2014 summer and it worked for me but this year I thought i would switch it up and use a highlighter.


I have heard loads in the blogging world about Mac's msf highlighters namely Global Glow so I thought I would try it.
I went into the Mac store with the intentions of buying that but when I tried it on I didn't quite get the hype to be honest so I put that one down and had a gander at the other shades they had to offer and the one that looked the best on me was the Gold Deposit this shade went so well with my skin tone it literally made me glow and this was just me putting a swatch on my hand so obviously I purchased it. 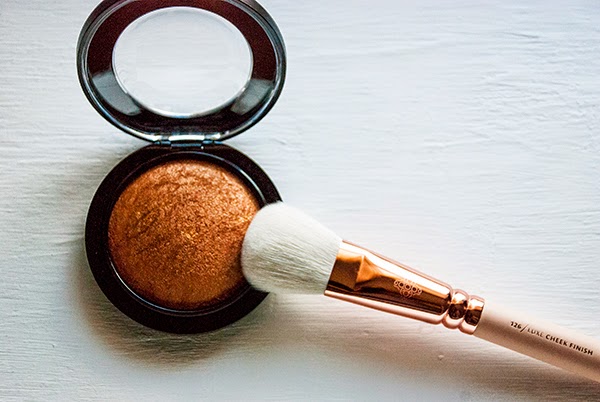 I am quite yellow toned, so that is obviously why Gold Deposit looked amazing on me as apposed to Global Glow, as the name suggests it is a golden based highlighter whereas Global Glow is silver toned, which doesn't look as good on yellow toned people as it does on others. The day after buying this highlighter I used it to highlight my cheekbones and I used the smallest amount and it looked amazing, I am definitely going to contour and then use it and I'm pretty certain it'll look even better. 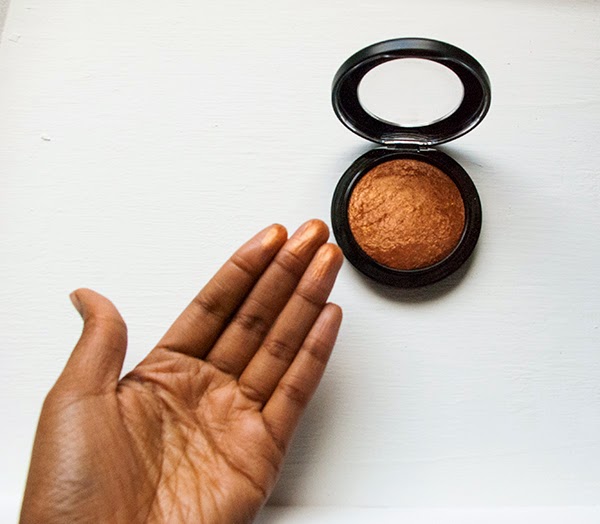 I use to be the biggest Mac fan but that's probably because it was the first brand I ever tried leaving school and as far as I knew it was the only brand that provided make-up for all skin shades, but I was clearly wrong and now that I have found a brand that I like I don't generally go to Mac for anything other than Lipstick and the occasional concealer.

With that being said I have to say I probably will start using more Mac products I definitely want to try their eyeshadows and most likely made up my own pallet.

What Mac products are you loving at the moment, have you tried the msf Highlighters, what do you think of them?

Until next time xx