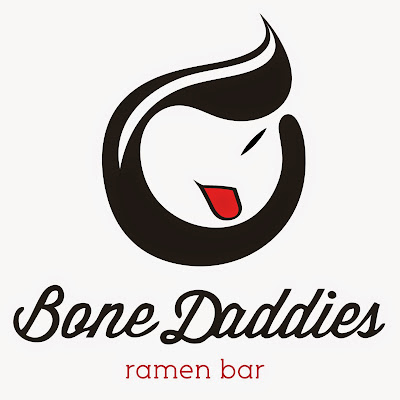 Bone Daddies is without a doubt my first choice for ramen, it's actually my only choice lol, mostly because it's so good, usually I'd opt for ramen when I'm ill or extremely cold but with Bone Daddies you're going for ramen and it's so worth it.
We went on a Tuesday night after work and I assumed it would be quiet because usually theres a queue outside but I was wrong. We queued for about 25 minutes before getting a table but to be honest even though 10 of those 25 minutes were outside in the cold it was well worth it, they had a shelter from the rain which was well appreciated, the weather was disgusting. 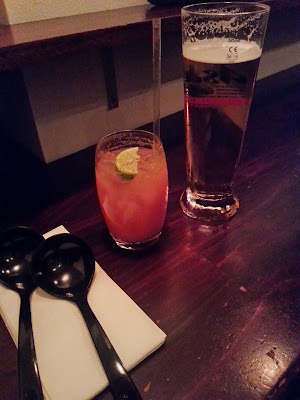 To drink I went for the soft cocktail, which was watermelon, apple calpico and lime and it was so good, I do love watermelon so when its cold and out of season drinking it rather than eating it is just as good to me. 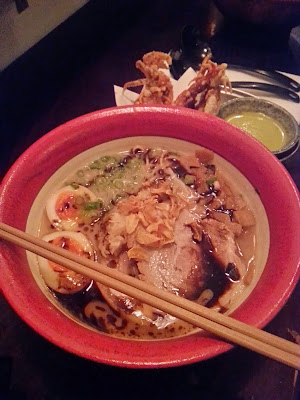 The first few times I went I stuck to the same thing because I enjoyed it that much, I'd get the Tantanmen, which is a sesame based chicken bone broth with chilli, pork mince and bok choy but this time round I thought I would try something different and went for the Tonkotsu Ramen, this one is a creamy 20 hour pork bone broth with spring onions, chashu pork and of course both came with an egg you cant have ramen without eggs. 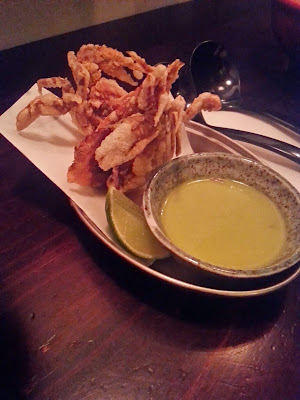 As a side I got the soft shell crab which comes with a green chilli, lime and ginger sauce. OH EM GEE! This is literally the best thing I have ever tasted, the crab legs are crispy but as you bite into the flesh its so soft and juicy and the sauce is delicious and by the time I'm done with the crab I want to eat the rest of the sauce just so the goodness doesn't go to waist. As you can probably tell I'm a real foodie I love love my food and I'm a grumpy little so and so when I'm not fed my life motto is keep me fed keep me smiling!

Ive also heard that Bone daddies do an amazing black sesame soft serve ice cream but I'm never there when they have it on the menu, the last two times I've been they had the ginger biscuit ice cream, which I really want to try but I was way to full to attempt it.
Next time you're in Soho and feeling hungry give Bone Daddies a go, it's reasonably priced and extremely tasty.

Until next time xx